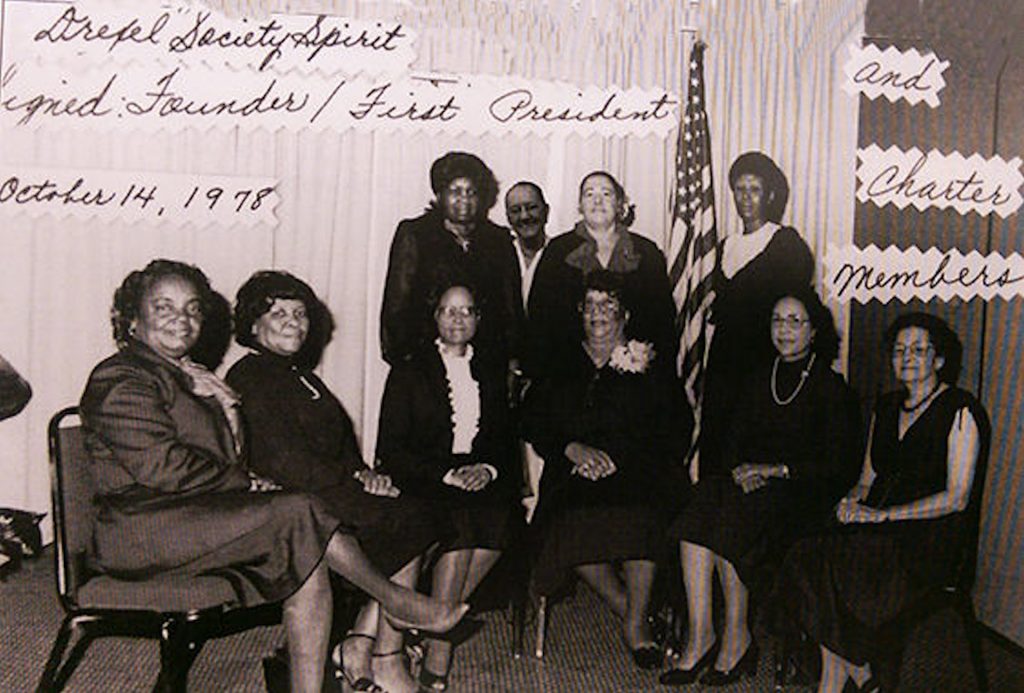 The Drexel Society Incorporated is a National Corporate Service Organization, non-profit that was founded by visionary Elise LeNoir Morris, on October 14, 1978 and chartered the first Chapter in Houston, Texas on December 1, 1981.  Uniquely, during the late seventies it was the only Lay Catholic Organization founded and chartered by an African American woman, primarily for African American women

The Houston Chapter, the first to be established October 14, 1978, subsequently, chapters of this National Lay Catholic Service Organization have been established:

The members of this organization are Catholic women and men who render service to the church and humanity by observing the motto “Service, Love, Dedication, Sacrifice, and Devotion. They dedicate their efforts to the memory of their mentor, Saint Katharine Drexel.

The Drexel Society Inc. colors are Silver & Gold. Our symbolic flower is a Pink Rose.

Conventions are held biennially. The first was held in 1986 in Houston, Texas.  At the 1990 Convention the first national project was completed, a burse for the sick and infirm Sisters of the Blessed Sacrament in the amount of $17,227.35. The second national project was also approved during the 1990 convention, Project Dreams Alive, which is designed to make a dream a reality for a woman or women with terminal cancer of other debilitating illness.

The organization recognizes outstanding achievements of members and non-members through the presentation of certificates and awards. The LeNoir and Morris Families funded one such award in honor of two women who shaped their lives, their mother, Mrs. Ivy Darensbourg , 1987 Poet Laureate of California and Saint Katharine Drexel, founder of the Blessed Sacrament Sisters and Xavier University.