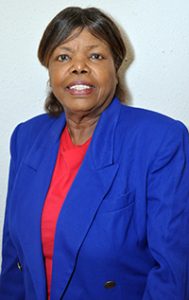 Katie is a mother and grandmother. She was born in Bunkie Louisiana, but grew up and went to elementary, junior high and high school at Charles R. Drew in Barrett Station, Texas. She attended Texas Southern and the University of Houston. In 1967, she started Tiny Toddler’s World in Houston’s Museum district where she stressed the importance of early childhood education.  In 1979, she started a school in her hometown of Barrett Station and changed the name to Reed’s Prep-a-tory school in honor of her father and mother. She advocated the teaching of reading at an early age. Her outstanding method of teaching young children has earned her high praise from many in the Crosby Independent School District, Barrett Station and the surrounding communities. Over the years she has been an active member of two catholic churches, St. Mary’s where she served as the first woman elected as Parish Council President, Lector, CCE teacher, building committee member, Den Mother, little league score keeper, 11 am mass congregation song leader, Knight’s of St. Peter Claver Ladies Auxiliary, Junior Daughter counselor, Area counselor, for the State of Texas, serving Houston, San Antonio, Austin and Dallas. When her parents became ill in 1990, she returned home to Barrett Station to care for them.  She then became active in her home parish St. Martin De Pones Catholic Church. She became a charter member of the Barrett Station Drexel’s Society where she served as President for eight years.  She became Education Chairperson where she served ten years, member of the Finance and Pastoral council, Bazaar chairperson, CCE teacher, lector, Eucharistic Minister and third Sunday money counter.